Dunlop House is a fine dining restaurant operated by Camosun’s Hospitality Management students, open to the public for gourmet dining.

The Dunlop House Restaurant is open for dinner (5-6:30pm) Wednesdays from October until April, the restaurant features licensed bistro style dining utilizing award winning locally sourced, organic, and sustainable offerings, many in a variety of sizes, at affordable prices.

Camosun is proud to have Dunlop House as part of its Lansdowne Campus.

Designed by famed Victoria architect Samuel Maclure, this home was built in 1928 for the Dunlop family. Businessman James Lyle Dunlop, his wife Annie and son George had moved to Victoria from Winnipeg in 1920.

The original floor plan remains largely unchanged. As you enter the house, the room on your left was the drawing room with the adjoining sun room. The room to the right of the entry hall was the dining room and evidently has known many dinner parties through the years. The carved wooden mantle over the fireplace was a gift of the architect. Samuel Maclure thought that Dunlop House might be the last home he would design and wanted the fireplace to be a remembrance. North of the dining room were the original kitchen and pantry and they are still being used for that purpose (albeit the Dunlop family had neither a dishwasher nor a microwave oven). The main floor also included a den and a maid’s room.

Dunlop House has two floors and a basement. Originally the second floor comprised five bedrooms. They have since been converted to office space for seven faculty members and support staff. The basement formerly had a playroom, laundry facilities and a garage but it is now used mainly for storage.

The ten acres of land on which Dunlop House stands had at one time been owned by the Hudson’s Bay Company. By 1957, the house and the property had been sold to the government for use by the Victoria Normal School. 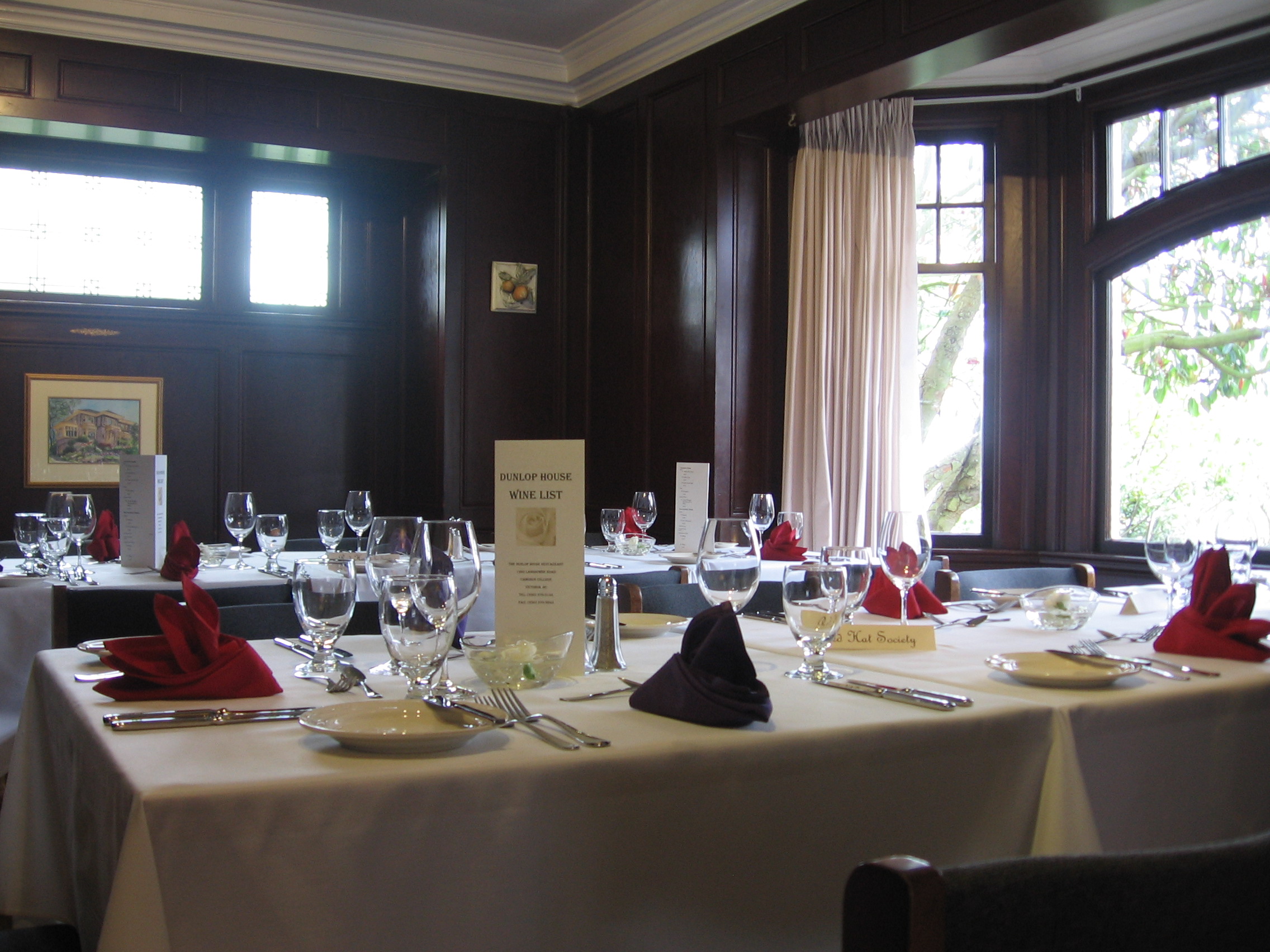