Ready to indulge? The history behind pancakes on Shrove Tuesday

Whether you call it Shrove Tuesday, Mardi Gras, or Pancake Day, the first Tuesday before the start of Lent is marked by celebrations worldwide. 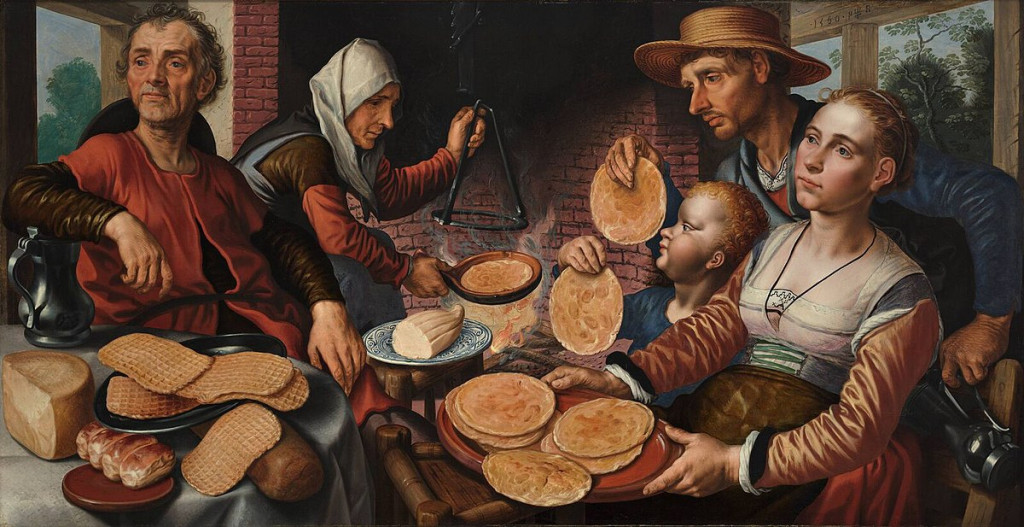 In Kilburn's latest "A Taste of Anthropology" video she explores the history behind Shrove Tuesday and the origins of it's traditions.

The one thing these traditions all have in common? Food! To some, the weeks preceding Easter can be a time to show religious devotion, while for others the occasion is celebrated with a big breakfast. Either way, the history and cultural influence of what we eat goes far beyond simple nourishment. Traditions surrounding Lent are something that Camosun College anthropology instructor Nicole Kilburn says can give us a new perspective on culture by looking at how a single day can be celebrated so differently around the world.

“There are so many fascinating origins behind our traditions surrounding food. What we eat might depend on where in the world you live, but it also gives us a way of understanding status, faith and worldview,” says Kilburn.

Perhaps the most widely known aspect of Lent is its connection to making sacrifices and abstaining from what you desire the most. Kilburn explains that in the Christian tradition, the 40 days of Lent leading up to Easter have traditionally been a time to remove tempting goods from the kitchen, like meat, eggs and milk. The day before Shrove Tuesday marks another occasion for celebration to help prepare for a long month of abstinence. While it might not be as well known in Canada as the proceeding day’s pancake feasts, Collop Monday traditionally was a day to dine on a tasty meal of eggs and bacon to rid the kitchen of all temptation before Lent.

“Looking at how different cultures around the world develop their own traditions behind special days is what can give us an even better understanding of our own culture.”

After a hearty plate of sizzling fried pork (or collops, as the British once called sliced meat), the next morning’s Shrove Tuesday meal needed to use up the remaining forbidden treats. The extra milk, eggs and butter that were leftover were combined to bring us the dish most famously associated with this day—pancakes!

“It was the perfect way to use up what needed to be eaten before Lent, and also inspired celebrations both historically and today. In England children even had a tradition similar to trick or treating where they would go ‘a’shroving’, knocking on neighbours door and asking for a treat with a little song or poem,” says Kilburn, who teaches anthropology courses at Camosun on food traditions and history.

Superstitions and good luck rituals have been practiced across Europe on Shrove Tuesday, including Ireland’s tradition of having the eldest unmarried girl flip the first pancake. If she was successful, a marriage would surely come within the year! In Scotland, hopeful lovers would look for a charm in the dough, and if found, would bring good fortune.

Other than the pancake feasts that will happen in homes, community centres and churches across the globe, one of the most well-known celebrations of Shrove Tuesday is Mardi Gras. Fat Tuesday, as it’s colloquially known in English, is celebrated in the streets of New Orleans as Mardi Gras but also in Rio de Janeiro as a part of the Carnival celebrations.

“Looking at how different cultures around the world develop their own traditions behind special days is what can give us an even better understanding of our own culture,” says Kilburn. “Thinking about how food reflects our identity, history, and views is a great way to connect with the world around us.”

Nicole Kilburn’s video on the history and culture of Shrove Tuesday (March 1, 2022)