Strange noises, unexplained phenomena and eerie feelings that there is someone there who isn’t—all these things and more have been reported by staff and students working late into the night in the historic Young Building at Camosun Lansdowne. 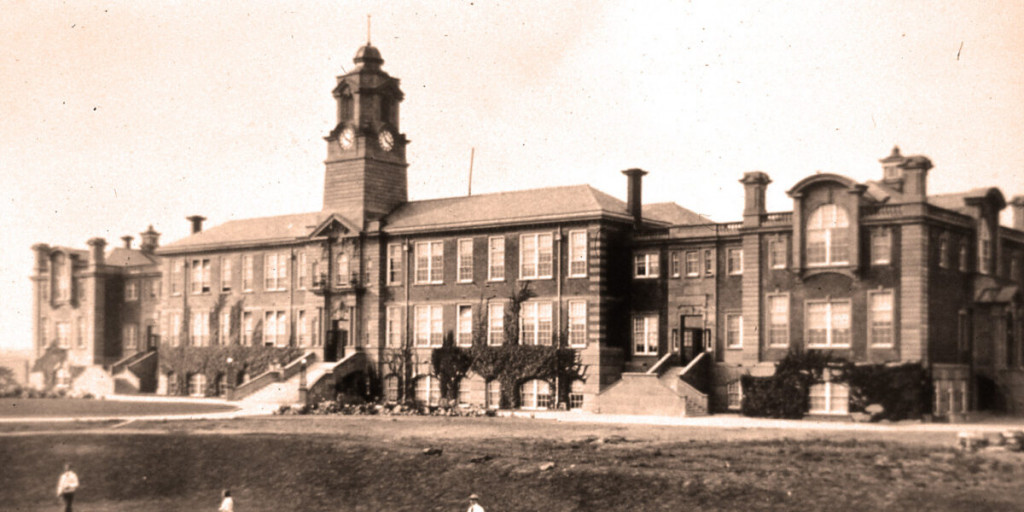 “The Young building has a storied history,” explains Camosun Anthropology instructor Nicole Kilburn, who has on office on the second floor of the Young building. “I’ve worked there for 19 years and I can certainly feel the presence of previous generations.”

Former security guards, employees, students and visitors have reported the alarms would go off in the middle of the night for no reason, that a ghostly hand once reached out and saved them from a potentially disastrous fall, and that a creepy apparition had approached, only to melt into nothingness at the very last moment.

"The building's physical location provides a clue about why so much paranormal activity takes place there,” explains John Adams, local historian and proprietor of Discover the Past Walking Tours. “It's proximity to Mount Tolmie and several well-known energy vortexes surrounding it make the Camosun campus prone to ghostly manifestations. We have gathered many stories from students, staff and neighbours that show us it is a place of intense haunted activity.”

The historic and stately Young building anchors Camosun’s Lansdowne campus. With its distinctive four-faced clock tower, tree-lined entrance way and red brick and sandstone exterior, it looks and feels like the place where ghosts might roam freely on dark wintry nights, wandering through drafty hallways and into deeply buried underground tunnels.

Built in 1914, the Young Building originally served as a teachers’ college, called the Provincial Normal School. Named in honour of Dr. Henry Eason Young and his wife Rosalind, the building has long been associated with an educational purpose. In 1942, it became a military hospital and continued with this function throughout the Second World War. Today’s gymnasium was the wartime morgue. Throughout its storied history, the Young building has been an iconic and often photographed feature of Camosun’s Lansdowne campus, beloved by generations of staff, students and faculty alike—despite the occasional ‘bump in the night…’

Nicole Kilburn’s videos on the origins of Hallowe’en and on the history of cats and witches:

History of the Young Building at Camosun’s Lansdowne campus