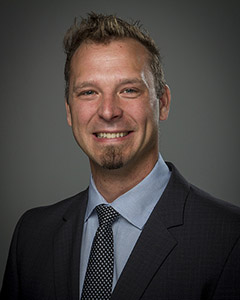 Born in Winnipeg, Dr. Mekelburg grew up playing hockey on outdoor rinks. Hockey played a formative role in his character development as well as his career path. He often saw firsthand not only the benefit, but also the need for excellence in healthcare. Inspired by these experiences, he knew that one day in his life after hockey, he would find himself landing somewhere in the healthcare field, proudly giving back to a system that had served him and his family so well.

After a junior hockey career that allowed him to see all corners of Western Canada, Dr. Mekelburg landed in Edmonton where he completed his B. Sc. in Biology at the University of Alberta and then completed the Medical Radiography Technology program at NAIT. Brent continued his education by completing his MRI certification through BCIT. For many years, Brent has contributed his MRI skills both in Vancouver as well as Victoria, with a highlight being his role as an MRI technologist at the Whistler Polyclinic during the Olympic Winter Games in 2010.

A dedicated lifelong learner, Dr. Mekelburg has authentically lived his values by completing the Provincial Instructor’s Diploma and integrating innovative technologies to create interactive and authentic learning experiences for his students.