The revealing by the Penelakut Tribe of 160+ undocumented and unmarked graves on the grounds of the former Kuper Island Industrial School and foreshore deepens the pain of all Indigenous peoples.

Dr. Lane Trotter, an experienced post-secondary leader, will be the next president and chief executive officer of Camosun College starting January 2022. 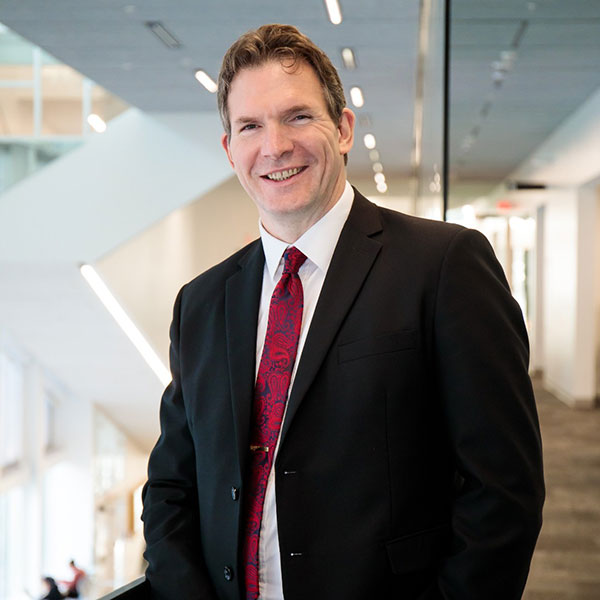 Dr. Trotter’s appointment was announced today by the Camosun Board of Governors Chair Dr. Monty Bryant.

The board engaged the executive recruitment firm Leaders International to assist in a thorough search with input from the college community for the eighth president of Camosun.

Dr. Trotter is currently the president and chief executive officer at Langara College in Vancouver with 28-years of experience in the post-secondary sector at a senior level. His appointment is for an initial five-year term and starts on Jan. 1, 2022.

“After an extensive search process, the board agreed that Dr. Trotter is an inspiring choice who will enhance and create truly life-changing learning opportunities for students,” says Dr. Bryant. “Dr. Trotter is committed to helping Camosun maintain and further enhance its focus on truth and reconciliation, and Indigenization, in addition to inclusivity and sustainability, while ensuring all our students thrive and succeed. I wish Dr. Trotter every success.”

Dr. Trotter will succeed Sherri Bell, who is retiring at the end of the year, after serving more than six years as president.

“Camosun has a well-deserved reputation as a college that transforms the lives of its students. I was inspired by the tremendous dedication to students, the applied research, and commitment to supporting the needs of local communities,” says Dr. Trotter. “Now, more than ever, post-secondary education has a pivotal role to play in B.C.’s post-pandemic restart, facilitating reconciliation with Indigenous peoples, supporting marginalised communities, and enhancing sustainability to create a bright future for students. I am excited to move back to Vancouver Island with my family and being part of the Camosun community.”

At Langara, Dr. Trotter oversaw the development of the college’s two academic plans, two strategic plans, and a multi-year integrated priorities plan. Under Dr. Trotter’s leadership, Langara is working to enhance its programs and services for Indigenous students. His work with the Musqueam First Nation led to Musqueam giving Langara the name snəw̓eyəɬ leləm̓, which means house of teachings, in January 2016.

Prior to Langara, he served as the Senior Vice President, Academic, at Fanshawe College in London, Ontario where he led a successful strategic enrolment management initiative, launching 26 new programs and two new degrees. He was also involved in the development and launch of several new campus locations including the Centre for Applied Transportation Technologies, Centre for Digital and Performing Arts, and the Aviation Centre.

While he was in Ontario, Dr. Trotter contributed his expertise to Colleges Ontario and served as an expert panelist for the Ontario Ministry of Training, Colleges, and Universities’ visioning sessions for all 24 colleges and 20 universities. He participated in the development of Colleges Ontario’s proposal to offer three-year applied and four-year honours degrees, and was one of the lead authors for the creation of a province-wide Ontario Online Institute.

Over his career. Dr. Trotter also served as a Dean at the British Columbia Institute of Technology (BCIT) and at St. Clair College in Windsor, Ontario. At BCIT, he was instrumental in the development of the education and business plan for the Aerospace Campus, which opened in 2007. He also spent a number of years in the Ministry of Advanced Education in B.C.

Dr. Trotter is the author of many papers and presentations on higher education administration, governance, academic freedom and comparative education systems. He has also been active in a variety of national committees and local, provincial, and national boards. He served as the Chair of the Council of Presidents of BC Colleges from 2015 to 2017 and, in 2017, served as the Campaign Chair for the United Way of the Lower Mainland. He currently serves on the Board of Governors of the Business Council of BC.

Dr. Trotter earned his Doctorate of Education from Simon Fraser University (2010) and holds a Master of Public Administration from the University of Victoria (1992).

Camosun, located in beautiful Victoria, British Columbia, with campuses on the Traditional Territories of the Lekwungen and W̱SÁNEĆ peoples, is one of the largest colleges in the province. Established in 1971, Camosun now celebrates 50 years of delivering innovative, life-changing academic and applied programs to 20,000 students annually.