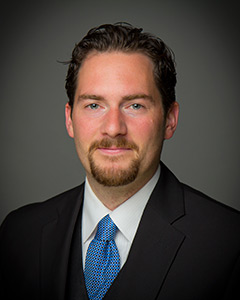 Associate of Arts Degree in Psychology

I was born in Port Alberni, British Columbia. I earned a BA with Honours in psychology from the University of Victoria in 1998, where for my Honours thesis I tested a novel treatment for epilepsy that involved microstimulation of the brainstem in an animal model of epilepsy. I then worked as a research technician for my former Honours supervisor, Dr. Michael Corcoran, in a medical research facility at the University of Saskatchewan where he served as Vice-President of Research. During my time in the Corcoran lab I was trained in various methods of behavioural assessment, including tests of memory and emotions.

In 2001, I moved to Vancouver to study under Dr. Ralph Mistlberger at Simon Fraser University (SFU), investigating the brain mechanisms and functions of sleep and circadian rhythms. For my MA thesis I located the area of the brain which controls REM sleep in the rat, and for my PhD thesis I investigated the mechanism of how sleep deprivation produces a rapid antidepressant response. During my time as a graduate student at SFU, I also had the opportunity to work as a teaching assistant for many of the faculty members in the psychology department, to teach my own courses there, and was contracted by the biomedical company NeuroDetective International to conduct pre-clinical trials of novel medications.

After completion of my PhD I continued to teach as a sessional instructor at SFU as well as the University of the Fraser Valley and the Fraser International College. In 2012, I accepted a full time continuing position at Camosun College where I am currently a faculty member of the psychology department.