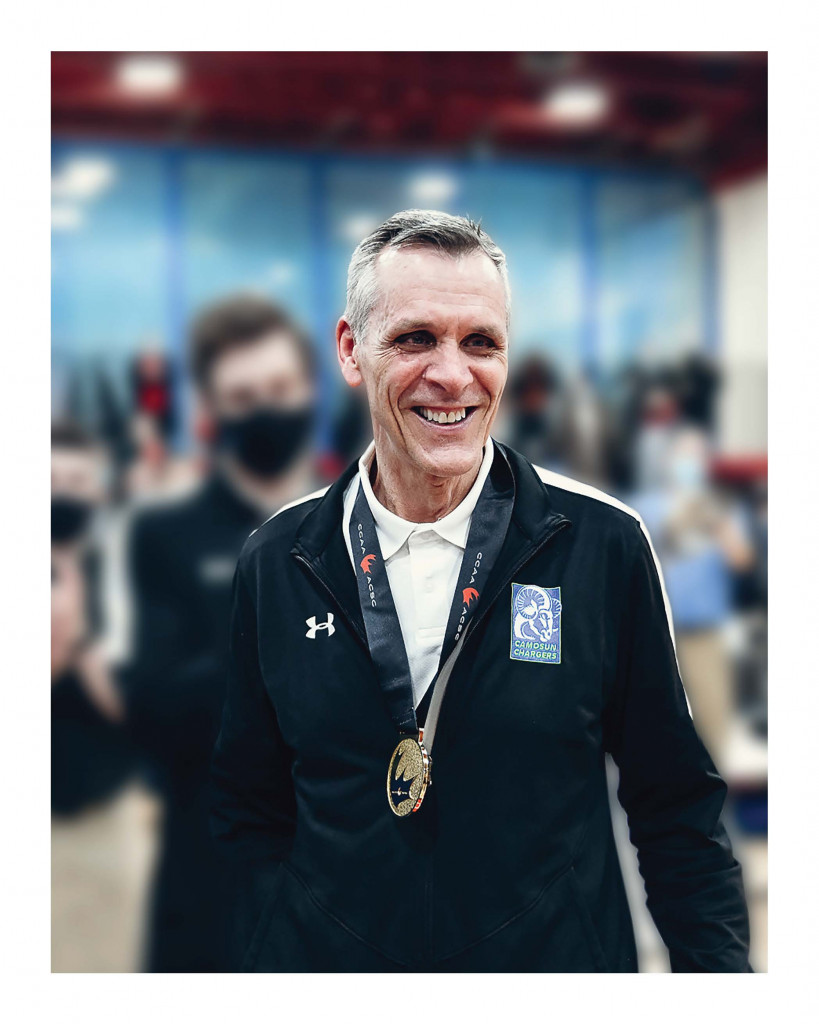 The award recognizes coaching contributions to sport and to student-athlete development over a period of at least five years.

Parkinson guided the Chargers to their second national title with a victory over the host Titans de Limoilou at the 2022 CCAA Men’s Volleyball National Championship. Parkinson and the Chargers earned their first CCAA crown in 2015.

Since the 2014-15 season, Parkinson and the Chargers have earned seven straight Pacific Western Athletic Association (PACWEST) medals, including five gold.

“Charles has been a steward of excellence for the Camosun Chargers,” said Scot Cuachon, Manager, Athletics & Student Life at Camosun. “The success of the Chargers’ men’s volleyball program is underpinned by Charles’ coaching delivery as opportunities to create transformative experiences.”

Parkinson has a long and rich history with Canadian volleyball and these decades of involvement have provided him with an exceptional foundation of high-performance coaching knowledge, practical skills, leadership skills, people skills, and perspective for building the Chargers men’s volleyball program.

A certified Performance Coach Educator, Parkinson also has 20 years of experience as Executive Director of Volleyball BC. The former team captain of the Canadian Men’s National team has been the bench boss at Camosun since 2008.

With the Chargers, he has built a program that embodies the true philosophy of ‘student-athlete,’ where success in the classroom parallels success on the court. In recruiting players to the team, Parkinson looks for quality human beings with strong character and ethics that have clear academic goals as well as athletic goals. This approach is foundational in his coaching philosophy and has played out consistently through the years and contributed to his great success.

The essence of fair play is deeply woven into his DNA in such a way that he consistently models these attributes through his personal and professional life. On the court, he competes hard, has a strong will to win, plans for success but always with a great sense of fair play, having the student-athletes and staff modelling the attributes of fair play and good citizenship themselves.

He is deeply respected by his players, fellow coaches, college staff and administration.

“Creating an environment where growth meets performance for all members of his program, Charles is a champion in every sense of the word,” said Cuachon. “The Camosun community is thrilled that Charles has been honoured with the prestigious CCAA Coaching Excellence Award.”

Parkinson is the most-decorated coach in Camosun Chargers history, and in men’s volleyball in the Pacific Western Athletic Association (PACWEST).

The prestigious award was last presented to a Camosun Chargers coach in 2004; it was Parkinson’s predecessor, Linda Henderson.

The CCAA works in partnership with the Coaching Association of Canada (CAC) and recipients of the CCAA Coaching Excellence Award receive a complimentary ProCoach application/membership.