Keep up with your Chargers teams.

The Camosun Chargers have been a proud member of the PACWEST since the 1994-1995 season.

When they first joined the PACWEST the league was under the name of the British Columbia Colleges’ Athletic Association (BCCAA). For the first 15 years of the Chargers existence the basketball and volleyball teams bounced between several rental facilities. Then in 2008 a new era of competition started on the Island.

Where Are They Now Wednesday: Galitzine

For three seasons Stephanie Galitzine was a member of the Camosun Chargers women’s volleyball team, helping them to a CCAA silver medal in 2017 on her home court. 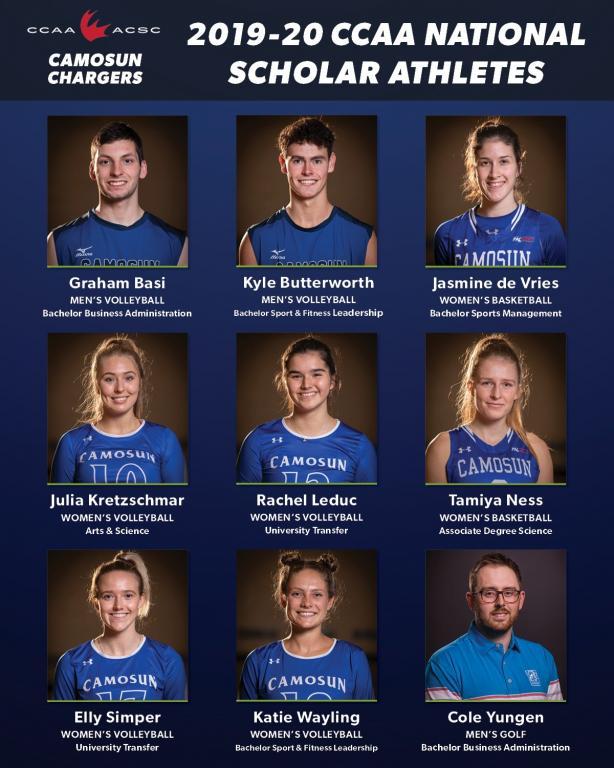 Read the latest news and learn about our featured Chargers, upcoming games and more.